Typically, if you yell “fire!!” in a school, everyone will file outside as quickly as possible. Happily, the kind of fire teachers set using MobyMax has just the opposite effect. Say “MobyMax,” and students rush to their desks to start doing as many math problems as possible.

At least that’s what Herminio “Tito” Planas discovered when he used MobyMax to launch “The Great Mathematics Problem Solving Race.” Tito, the Director of Mathematics for Bridgeport Public Schools in Connecticut, already knew how much students and teachers enjoyed using Moby to improve Math skills. Why not ramp up engagement and pit classrooms and schools against each other in a district-wide competition to see who could answer the most math problems correctly?

Beginning in October 2018, 32 of the district’s 40 schools were divided into three categories based on size. Each group was given a big-time sports name—the Jets, the Patriots, and the Giants—which helped generate team spirit and gave the competition a bit more of an edge. 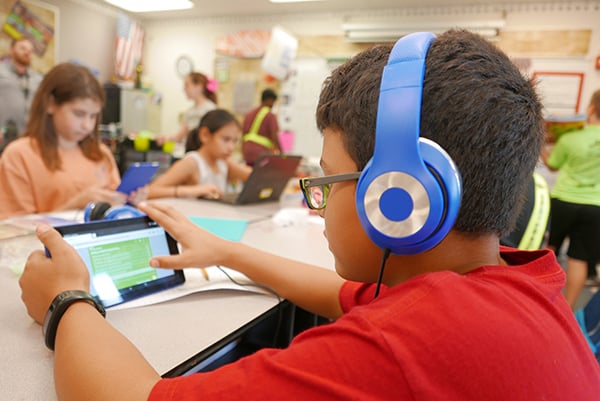 Throughout the month, students used MobyMax to complete 1,109,313 math problems correctly. Moby’s software made it easy to keep track of every student who participated, calculating each student’s points while tabulating score totals for every school and classroom. The point system was based on problems answered correctly, and Tito would send out weekly messages to all the students and teachers to keep them motivated. “Not only was the excitement element great,” Tito remembers, “but we could see via the tracking how much better the {the students} got as they answered questions correctly.”

Students weren’t the only ones “on fire.” Principals loved the contest, too. In some schools, principals set up Chromebook stations in the lunchroom so students could do more problems once they finished eating.

As the contest gained momentum, a top student emerged in every class. Tito and his team also kept a leaderboard of the top 50 classrooms that were in the running for awards. To announce the winners, Tito led up to the announcement date by sharing the standings via audio recordings he’d made on his iPhone. When it came time to announce the winners, Tito prepped all the teachers in the district and shared a link where the video would be posted for all classrooms to watch at 11 a.m.

Tito pre-recorded the announcement, then went to one of the schools, John Winthrop, for the big reveal. He announced the top 50 classrooms and then awarded the top three classrooms with a pizza party and a trophy. Students from those three classrooms also got to go to the Board of Education Meeting to receive their class trophy.

“You could hear the cheering from the classrooms!” Tito remembers, but he doesn’t think it’s necessarily because the winners were getting pizza or a trophy. “Once you honor them, it really could be anything…that creates excitement and builds. It’s not what you get or the physical prize, it’s being #1 or improving or exceeding the goal…allowing them to work for something and build on it.” 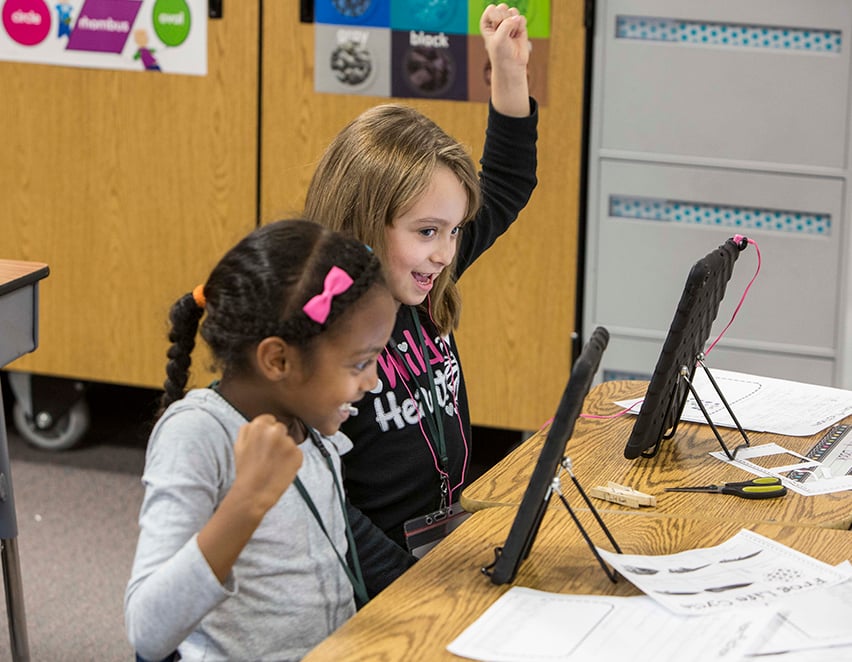 It’s also about relevant achievement. MobyMax is aligned with the Common Core. “By 4th grade, our goal is mastery of multiplication, and we use Moby for this,” says Tito. If the competition did nothing else, it helped teachers put this goal within reach. In fact, Tito points out, many of the students who participated were Tier 3. “Moby allows us to move lots of Tier 3 to Tier 2, so they are being more productive. We are getting them closer to closing the gap on where they want to be. This is especially so in grades K-2.”

MobyMax offers a highly targeted differentiated learning solution that is both engaging and fun. That’s why Moby is now used by 1.5 million teachers in 82% of K-8 schools nationwide.

For more information on how to organize your own MobyMax district-wide learning contest, email us @ contests@mobymax.com or register for a free trial today at www.mobymax.com.